Miguel suffered from multiple seizures again. He had to be hospitalized because his oxygen level dropped too low and he seized in his sleep. This seizure while sleeping is something new to us. So, the doctors wanted to monitor his vitals closely.

We spent the night in the hospital with no seizures. The doctors decided to let us go home the following day. It was a relief for both me and Miguel since we weren’t able to sleep in the hospital that night.

When we came home, Miguel refused to be fed through his g-tube. I knew he didn’t want it because when I was putting his mic-key extension on, he pushed my hand away. I did it again and he responded the same way. So, I figured he didn’t want me to touch his g-tube.

I thought, he would starve. The g-tube was there because he couldn’t feed by mouth without aspirating. So, reluctantly, I tried giving him his formula through a sippy cup. He took one sip, then another and another. He didn’t stop until he finished all 250 ml! He didn’t aspirate or throw up. And just like that, we said goodbye to g-tube feeding. Just like that.

This scenario is all too familiar for me. Last year, he also had a series of seizures and he was hospitalized for three weeks. His seizures were worse that we almost lost him.  Those weeks meant very little rest because I had to make sure he didn’t get tangled up with the many wires connected to his tiny body.

But after that ordeal, when we came home, Miguel amazed us with a new skill. Days after coming home from the hospital, I saw him sitting up (which he couldn’t do before the seizures). He was sitting up unassisted. We were all amazed: his doctors and his therapists.

His pediatrician told me this is something she has never seen in her years of medical practice: seizures bringing about new skills to a developmentally delayed child. Most often than not, seizures impact cognitive abilities in a negative way. It’s either the child loses some skill or not gain any new one. Miguel’s case is certainly intriguing.

Well, it could perhaps be just a coincidence. But it could also mean one thing: the brain is such an amazing thing!

2 thoughts on “The brain is an amazing thing” 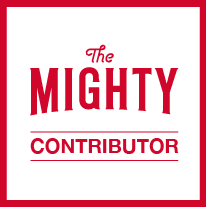